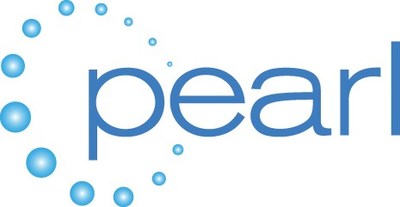 RUN3TV was built to support NEXTGEN TV, otherwise known as ATSC 3.0, and bring content to life through two-way web interactivity. As NEXTGEN TV has reached an inflection point—now reaching 55% of U.S. households, approximately 120 television models available at retail, and a growing device ecosystem—NEXTGEN TV gives broadcasters the ability to directly engage with their viewers via their broadcaster applications supported by RUN3TV Web TV Platform.

"NEXTGEN TV is building an active, connected and digital audience using the same interactive technology of ad platforms and privacy models already in use in digital environments," said Robert Folliard, senior vice president, government relations and distribution at Gray Television. "By 2024, there will be 10 million addressable over-the-air households in the U.S. There's a plethora of opportunities for broadcasters with RUN3TV—think of it as web pages over the air that are completely customizable. I am excited to see how broadcasters will lean in on this new capability, engage with the platform and harness a new revenue stream."

"Connected TVs continue to be a driving force behind turning the TV screen into a full-funnel marketing tool, bringing together the premium environment of television with all the tools digital has and more," said Adam Helfgott,CEO at Madhive. "Now, with NEXTGEN TV and the RUN3TV framework, we can bring these capabilities to over-the-air delivery, so that broadcasters can leverage our high-fidelity technology, such as our proprietary connected TV device graph of 100 million households, to deliver local-at-scale precision."

NEXTGEN TV will have a prominent presence at the National Association of Broadcasters (NAB) Show, Oct. 17-20, 2022, in New York City. Pearl TV Managing Director Anne Schelle will take the stage as panelist in "NEXTGEN TV, Streaming and the Future of Local Media," on Oct. 19 at 3:15 p.m. For more details about NAB Show, visit the event program. Media and analysts interested in meeting with Pearl TV for a demonstration of the RUN3TV platform may contact pearltv@havasformula.com, or visit the ATSC booth 1933, level 3 on Wednesday, October 19th from 10:00AM to 2:00PM.

Consumers can learn more about NEXTGEN TV by visiting www.watchnextgentv.com, which offers a guide to cities already on the air, where signals will soon be rolling out, available television models for research and purchase, and an informative video of the "Johnson Family."

NEXTGEN TV is a broadcast technology standard, otherwise known as ATSC 3.0, and is the first major overhaul to the Advanced Television Systems Committee's (ATSC's) standard for receiving over-the-air (OTA) signals since ATSC 1.0 was introduced in 1996. NEXTGEN TV is based on internet protocol technology for interactivity, presenting the best combination of online and broadcast television, and continued innovation as new services are developed.

Broadcasters and consumer electronics manufacturers will build on the success of the new standard and introduce a NEXTGEN TV holiday brand marketing campaign to deepen consumer awareness and engagement. The television campaign will commence across the U.S. late November 2022 and run through February 2023.